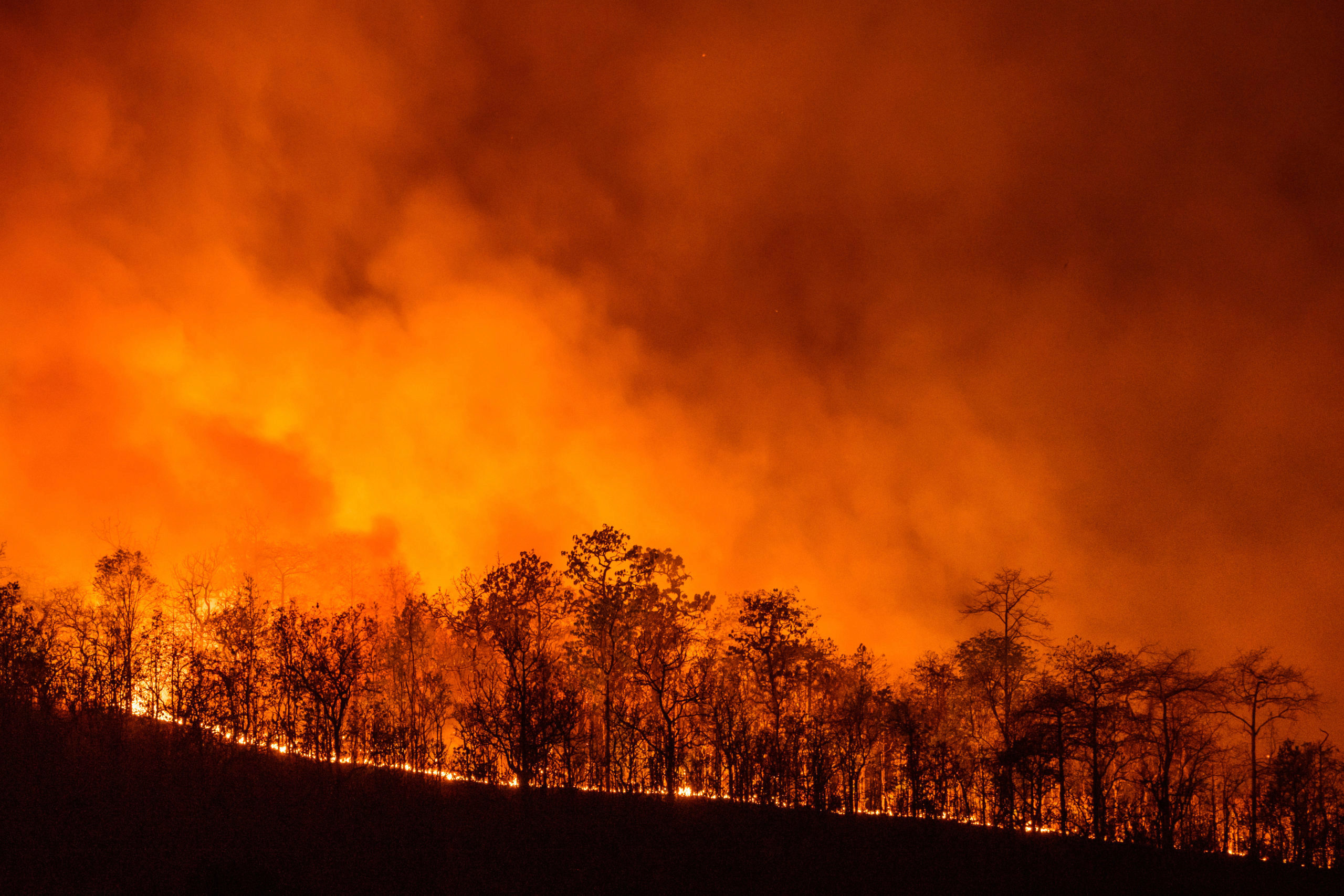 What Are the Most Effective Ways to Insure and Mitigate Wildfire Risks?

The extreme wildfires of the last several years, from California to Australia, have raised broad concerns about the future of wildfire risk management programs. Total damage and economic losses caused by California wildfires in the past three years are estimated to be $565 billion. The Camp Fire in November 2018 was the most destructive wildfire in California history, damaging or destroying more than 18,800 structures with total damage estimated at $16.5 billion. With $12.5 billion of these losses covered by insurance, it was the most expensive insured disaster that year. The threat of even more extensive wildfire losses due to climate change, as illustrated by NASA, highlights the need for homeowners and communities to invest in cost-effective mitigation measures.

Wildfire can be characterized as an interdependent risk. More specifically, the damage faced by homeowners depends not only on their own decision whether to invest in fire protection measures, but also on the risk reduction investments of their neighbors. An article in the Los Angeles Times characterizes this interdependency, noting: “Fires that spread from house to house generate a force of their own. Embers, broadcast by the wind, find dry leaves, igniting one structure then another, and the cycle is perpetuated block after block. Break that cycle and the fire quits, and destruction can be minimized.”

While surveys like this one in Archuleta County, Colo., have demonstrated that the behavior of others is not necessarily the primary barrier preventing individuals from adopting sufficient mitigation measures, it does influence the insurability and the affordability of wildfire. Since the risk of a homeowner depends in part on the mitigation actions of everyone in the area, insurers cannot typically offer property-level mitigation discounts on pricing. If an entire community invested in wildfire mitigation, however, that could be an input to lower insurance premiums.

The Boulder County Wildfire Partners Mitigation Program provides a model for how to incorporate comprehensive mitigation measures into county-level building codes. It is funded by a $1.5 million grant from the Colorado Department of Natural Resources and a $1.125 million grant from the Federal Emergency Management Agency (FEMA), with additional support from Boulder County. Instead of only providing educational materials to homeowners, as is done in many communities, Wildfire Partners takes a more comprehensive approach. Homeowners are offered professional inspections and, if they complete certain recommended mitigation actions for their property, they receive a program certificate. Allstate and USAA accept this as proof of proper mitigation, and State Farm recognizes the certificate for renewal business. As highlighted in an article published by the Federal Reserve Bank of San Francisco, the program has been able to guarantee that participating homeowners are not denied private coverage despite residing in the wildfire urban interface (WUI).

Communities can also reduce the risks of wildfires by developing well-enforced building codes like those recommended by the Insurance Institute for Business and Home Safety. Headwaters Economics, through its Community Planning Assistance for Wildfire Program, offers free resources and funding on a competitive basis for communities to improve WUI land use planning. Additional examples of community approaches to wildfire risk reduction are provided below.

Montecito, Calif., requires homes to put screens over vents and replace siding and roofs with non-flammable materials to reduce the likelihood that embers will ignite a wildfire. The city changed certain building codes by requiring new driveways and access roads to be wide enough to accommodate emergency vehicles. The U.S. Fire Administration has posited that due to these mitigation measures, Montecito emerged with no fatalities, no injuries, and only seven homes lost in the Thomas Fire of December 2017. A case study on the effectiveness of the Montecito mitigation measures can be found here.

San Diego, Calif., developed brush clearance regulations that require residents in the WUI to clear vegetation within 100 feet of their homes, as California state law requires. They attempt to supplement state laws by adding enforcement mechanisms—mainly, if landowners don’t act, their land can be forcibly cleared and they are sent bills for the work. Regulations on defensible space, however, often fail to safeguard the intended properties without robust enforcement capacity or frequent inspection cycles, as highlighted in this recent article in the San Diego Union-Tribune.

Wildfire can be characterized as an interdependent risk.

The community-level programs described above depend on motivating property-level investments, and that poses challenges. Staffing limitations prevent San Diego from inspecting as many properties as they would like and enforcement can be costly. Furthermore, the dynamic nature of vegetation clearing can mean that once-compliant properties can quickly become prone to fires without continued maintenance. Programs that address structural components but not defensible space (or vice versa) can also be seen as insufficiently addressing wildfire risk.

Evaluating the effectiveness of such programs can also be difficult given the numerous contributing factors to wildfire damages. For example, while Montecito’s pre-fire mitigation efforts very likely helped to reduce damages, the timing and path of the Thomas Fire allowed Montecito residents several days to evacuate, allowing Montecito to focus more fully on suppression activities when the fire arrived. Other fires may behave differently and not allow as much advanced warning. Despite these challenges, there is an important role for communities to continue to focus on wildfire risk reduction through well-enforced building codes at the state or local level, land use management approaches, and vegetation/fuel reduction strategies in the near future.

Expecting individuals to effectively mitigate homes against wildfires requires community or state-level mitigation approaches due to interdependencies and the biases and simplified heuristics that define individuals’ decision-making. In this regard, researchers from the WiRē Research Team in Colorado have developed surveys and rapid inspection methods to elicit homeowners’ perceptions of wildfire risk and barriers to mitigation activities. They find that:

With respect to the insurance industry, California regulations hinder insurers’ ability to provide premium reductions on property for household-level mitigation measures. Allowing insurers to utilize catastrophe models and incorporate reinsurance costs into premium rates are a first step to rewarding homeowners who invest in mitigation measures with lower premiums. Doing so would allow forward-looking models that can incorporate a higher degree of property-level attributes, including mitigation measures, as explained in a recent Milliman white paper: “Because cat models are able to simulate expected losses for individual risks, given basic property attributes such as construction type and location, they can be used to create pricing and underwriting plans that can recognize mitigation measures. These plans represent an improvement upon those using wildfire risk-scoring models, which consider elements of wildfire risk at a particular geographic area, but stop short of considering the actual characteristics of the property or how the risk could be affected by a change in those characteristics.”

To design an effective strategy for reducing future losses from wildfires, we propose that communities, insurers and policymakers consider the following questions: