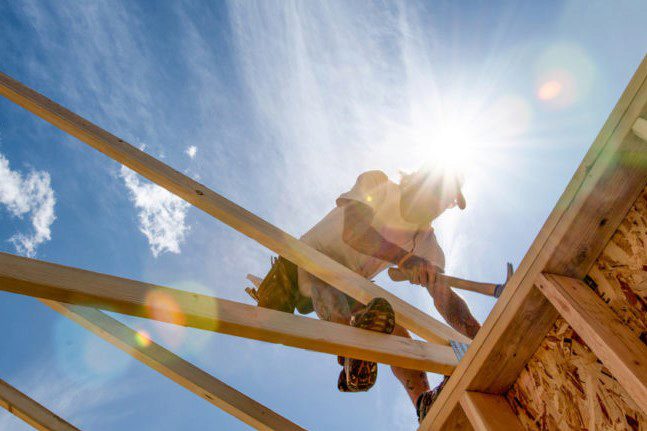 Hurricanes and tornadoes are newsworthy because these storms have the potential to disrupt communities with casualties and high economic losses. Earlier this year, the National Oceanic and Atmospheric Administration reported that natural disasters have caused more than $1.7 trillion in losses since 1980, with 74 percent of that amount since 2000. Increased population in regions vulnerable to hurricanes and tropical storms are the primary reason for higher losses, but evidence suggests a warming climate increases the probability hurricanes reach strengths capable of causing widespread destruction. Both trends are likely to continue, causing policy makers to struggle with approaches to mitigate the impacts of violent wind.

One seemingly obvious approach is to design and build structures more resilient to wind. We know how to do this and some communities have already codified these building practices in code. Communities with well-enforced, up-to-date building codes should demonstrate better loss experience in the face of destructive catastrophes. In recent papers, we have substantiated this concept by assessing how strong, well-enforced building codes reduce wind-related property loss.

Our research focuses on Florida. Few states are more vulnerable than Florida to windstorms. During the two years 2004 and 2005, the state was hit with seven major hurricanes and since has experienced Hurricane Irma in 2017 and Hurricane Michael in 2018. But it was the earlier Hurricane Andrew in 1992 that motivated the state to address risk from wind by enacting in 2002 what is perhaps the strongest statewide building code in the country.

Results are encouraging and suggest resilience is possible with stronger construction. However, adoption and enforcement of building codes lies with localities. Thus, measurements are needed to assess and compare the strength and enforcement of local codes. ISO’s BCEGS program, initiated in 1995, is an ideal tool for this purpose. The BCEGS program provides a rating for local building codes based on the strength and enforcement of each code. Ratings range from Class 1 (best) to Class 10 (as well as a Class 99 for jurisdictions that are outside of the scope of the program or which cannot be evaluated). Until now, little was known about the characteristics of cities and counties that achieve the best BCEGS ratings or how statewide public policies might influence localities to improve their building codes. A recent study, currently in peer review, attempts to do that for the state of Florida.

We examine the impact that local demographics and socio-economic elements have on achieving excellent BCEGS ratings as well as risk and state level policy decisions. In addition, we consider the same factors related to improvement of ratings across time.

The research finds cities that achieve and maintain high ratings are those facing the highest risk. In Florida, cities in the southern portion of the state are most likely to experience violent wind. Beyond risk exposure, cities most likely to have good ratings are urban and have a larger percentage of younger residents with higher levels of education and greater wealth.

Results from our analysis of cities showing the greatest improvement in ratings differ somewhat from those that achieve and maintain the highest rating. Age and education are no longer strong predictors but risk, urbanicity and wealth continue to be.

Finally, due to variation in how Florida enacted their statewide code, we are able to clearly identify the impact public policy has on BCEGS participation. When the FBC was enacted in March of 2002, cities in the Florida Panhandle were exempt from some of the more expensive impact protection provisions of the code. One rationale for the exemption was a belief that violent hurricanes were less likely in this part of Florida. The hurricanes of 2004/2005 made clear this belief was misplaced, and some Panhandle cities began improving their codes voluntarily. In 2007, the exemption was rescinded and the greatest improvement in ratings for Panhandle cities began. By 2017, all Panhandle cities were participants in the BCEGS program and as a group, showed the greatest improvement. Rescinding the exemption illustrates the positive role that statewide public policy can have on creating resilient communities.