Paying for Future Catastrophes, The New York Times Sunday Review, November 24, 2012
Hurricane Sandy was not an isolated event. Twenty of the 30 most expensive insured catastrophes worldwide from 1970 to 2011 have occurred since 2001 — and 13 of them were in the United States. What’s next? And who will pay?

How resilient is your country? Nature, November 21, 2012
Extreme events are on the rise. Governments must implement national and integrated risk-management strategies.

Hurricane Sandy’s Storm Surge and the NFIP, Wharton Risk Center, November 2012
Following the devastating storm surge and flooding from Hurricane Sandy, concerns have been raised about the status of flood insurance in the United States. Our analysis shows that many homeowners who sustained flood damage from Sandy did not have a flood insurance policy

Why We Should Not (Always) Blame Congress, The Huffington Post, August 8, 2012
Op-ed by Erwann Michel-Kerjan and Howard Kunreuther on the Biggert-Waters Act and reforms to the National Flood Insurance Program signed into law by President Obama. 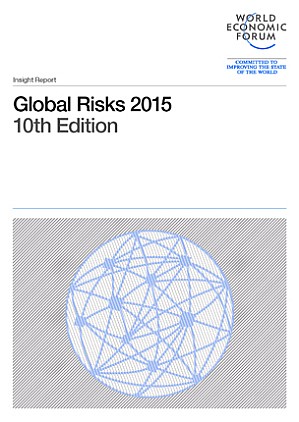 World Economic Forum’s Global Risks Report, 2015
The biggest threat to the stability of the world in the next 10 years comes from the risk of international conflict, according to the 10th edition of the Global Risks report, to which the Wharton School of the University of Pennsylvania’s Risk Management and Decision Processes Center contributed.

The report is an initiative of the World Economic Forum. The Wharton Risk Center has been the Forum’s academic partner since 2005.

Redesigning Flood Insurance, Science, July 22, 2011
by Erwann Michel-Kerjan and Howard Kunreuther
The U.S. Congress is discussing options for continuing the NFIP, which now operates under a 1-year extension, set to expire on September 30, 2011. The Federal Emergency Management Agency (FEMA), which is responsible for the NFIP, is reanalyzing the program. A new strategy for managing floods can increase personal responsibility, decrease risk, and lower government exposure.

Masters of Disaster, Wharton Magazine, Spring 2010
At Wharton’s Risk Management and Decision Processes Center, researchers are investigating why humans do such a poor job planning for, and learning from, catastrophes.